The Next Steps of Our Journey 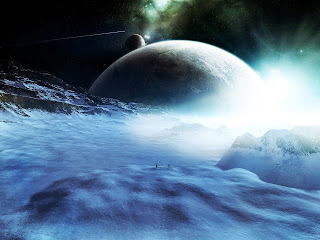 Foreword to the Next Step of Our Journey
The ways we have been utilizing the worlds resources, to explore our reality and ourselves, have only gotten us so far. Therefore, we need new approaches towards all known sciences, our world and our understanding of energy. If we try – following the higher order ways - to understand our world, what it is made of, and ourselves, we enter into a transition towards a development of the higher order sciences, and towards a higher awareness lifestyle.

Today, a lot of effort is put into producing new technologies, mechanical innovations, and the sciences to accommodate these.[1] In contrast to this, the transition approach focuses on developing the human species into the highest version, we can become. And, to be able to reach the apex of human civilization, humanity has to grow from what they are into a new way of being human. The goal is to reach what is called a higher order civilization and it follows the standards of the many higher order human races existing in other realities adjacent to ours.

The Higher Order Society
The higher order society depends on conscious evolution to develop everything a human is and can become, but it also rests upon human entrepreneurship, innovations and new solutions for the challenges at hand. Nevertheless, these solutions are only achievable if humans choose to evolve. To achieve the needed solutions for our current natural resource distribution issues, climate changes and human health problems, humans must mature and progress. They have to evolve, and choose that as a dedicated and purposeful way of living. Our current mindset and ways of living are disastrous, not only to ourselves but to all lifeforms around us. We are killing our world by what we have become and the ways we live.

It is time to change that. To change humanity into becoming a high-performance culture, with high capacity and higher awareness based upon a scientific approach without spirituality and religion. It is time to generate a world population who has it as part of their lives to evolve, and contribute to a higher order society from the highest levels of awareness and understanding. Now is the time to take full responsibility for the continued future of humanity and our continued evolution. As one race on one planet, working towards the common goal of a better future for us all.

The steps towards a high-performance culture are simple:

These are the steps towards a high-performance culture and the new ways of being human. The challenges for humanity are not only to reach and colonize the Moon and Mars, but to breach the limitations of mind, sciences and the current understanding of what a human is. It is a race for higher consciousness and the technologies, which can unfold from that.

We embark on this journey and these goals to ensure a progressive, knowledgeable and empathic foundation of our continued human race to avoid a future built upon all forms of AI, weather modification technologies, quantum computer sciences, human-to-machine interface technologies, augmented and virtual realities run by cubes, holographic brain-induction technologies to amplify the synaptic neural network, artificial organ production using a mix of microbiology and nanotubes with enhanced DNA from other non-human species, generating hybrid humans as well as leading to the development of the semi-organic clones, androids and robotoids.

The goal is also to stand against all forms of human DNA engineering, alteration, reduction, selection, and similar approaches, which will lead to the non-natural work with the human genome, thinking that DNA editing will ensure a perfect human and remove diseases. But the fact is, that the human DNA is not made out of mechanical stuff that can be tampered with without consequences.
The human genome is interconnected in ways, we are yet to learn, as well as the logical influence from wrongful diet, stressful ways of living and all of the other forms of influence, we have on our DNA as it has been shown in epigenetics. That includes diseases, we normally think as heritable. It is more logical to change the ways, we live, than to begin DNA editing and then still keep up the ways that make us ill. Humans are eager to fix things but not so eager to remove the cause, since that demands changes and letting go of ideas and ways of living, we think are important to us.
And, as I will try to explain like many before me, all diseases are the end-result of wrongful use of energy and consciousness, including DNA mutation, recessive genes and heritable changes in the genome.

For now, most of the futuristic technologies are in their making, partially implemented, partially in their holographic otherworldly dimensional forms, and most need more time to fully develop into our world as a manifest reality and in that process, humans – that choose the higher order society - must stop developing and utilizing these innovations to avoid the full scale implementation of the AI-humanoid races. These innovations and technologies will not assist humanity.


[1] I have to add here that all current sciences, technologies and innovations are lightyears away from the true technologies, we could have developed, if humanity had stayed on the developmental path, they were seeded into eons ago. These technologies are part of the original buildup of the true human consciousness and knowledge base, implemented into the true human template and genetics, with the goal of evolving different true human races, all holding the abilities to develop our solar system by being able to enter the core facilities underlying the construction of our solar system. These were engineered by the master builders – an extreme advanced ancient human race - which constructed our solar system to begin with.

On What We Can Become
Randi Green
Founder of A Higher Awareness Lifestyle and the HAL Academy. 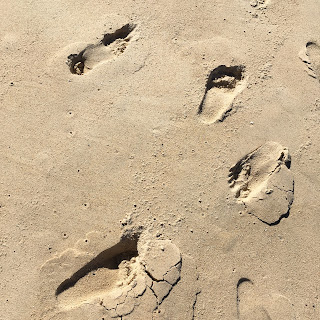 A New Perception of Why We Exist

From the Future Human Project Course 1 In essence, we have forgotten why we exist. We need to remember what life is about and why we are here. For now, we are all caught up in a lower order social world, a lower order work world and a lower order organic world held up by inner and outer seemingly important things. All of which are distractions to make us lose sight of the real purpose of why we exist and do the human evolution. The human evolution is not about gaining materialistic items, or earning more money. All of what most humans strive for are tools and belief systems to keep a control system running, imposed upon humanity. A control system implemented by lesser developed – in terms of progression not technologically - otherworldly humanoid races as part of a lower order otherworldly trade system into which our world has been incorporated. All for otherworldly purposes, for the upholding and the trade systems of these worlds, and not for the benefit of our world, or for t 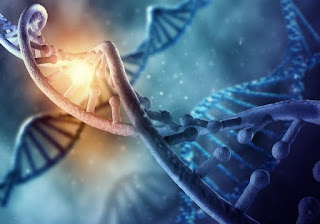 The First 9 Principles of Continued Progression

The 12 Principles of Progression are intrinsic to the original domains of reality, and therefore cannot be defined on a general level. But here we work with the first 9 as a start. The deeper work with the Principles are part of the NGC Transition Science Online Courses on the HAL Academy Website.   1. Only Behave, as We Want Others to Behave This Principle leads to a higher self-responsibility energetically, mentally, emotionally along with a higher order observance in speech, behavior and emotional response to all which are “put in front of us.” We behave, as we want others to behave. We act as the role models for what we want in the world. Principle 1 is also called the Law of the One; i.e. if one can do it, others can too. Thus, everything we do allow for others to do it as well. So, we better sharpen up. 2. Respond with Equal Energy and Consciousness The Principle gives the answer of how to interact with humans, not doing the progression work. We respond to their level of awa 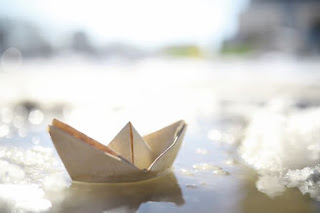 A New Way of Being Human

Studying the higher order sciences cannot be done in the manner, most are accustomed to from the general human educations.  Instead…. We are to contemplate upon the information to integrate it. We are to learn to activate the energy units of our brain and mental field according to what we have learned in meditation. We are to build spiral patterns from the information. What we learn must be processed into energies of a higher order from where we can build a new energy system. The learning process of the higher order sciences is therefore not a linear learning exercise. It is an energetic state of awareness and of the code systems behind whatever state of awareness, we have. What we have knowledge of, defines our energy system. What we have knowledge of, determines what we perceive. The consciousness units are built from these two conditions. Hence, we are building a higher order energy system by utilizing the worked-with information and their code systems in the kno